The Weather Year So Far in Pictures for 2015…

I have not posted here on Weather or Knot in sometime. However, that will change. For instance here… I will be describing the weather with some weather pictures I have taken so far in 2015. Here we go…

We start here back in January. This view was captured on January 14th. It was a bone-chilling cold morning across Northwest Ohio. The temperatures that morning dropped to around zero degrees. This may look like snow has fallen. However, skies were crystal clear. When that happened, everything outside was coated in white. This weather feature is known as Hoarfrost. It was quite the scene that cold January morning. 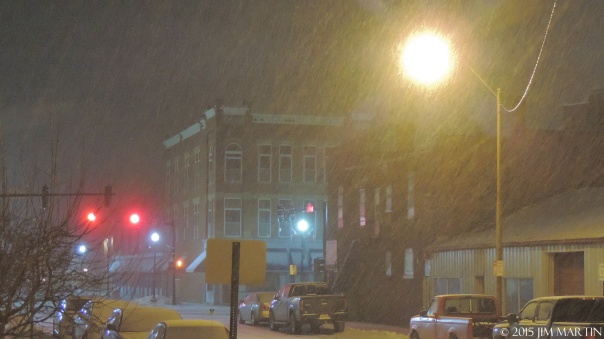 Next we go to February 28th, the last day of the month. Spring was nearing. However, this view from here in downtown Findlay shows that accumulating snow can happen, even though it was getting late in the Winter season across Northwest Ohio.

The next stop along the weather road so far this year is on March 16th. Some clearing in the skies was underway right as sunset on this day approached. The leaves had not started to grow on the trees at this particular point. That provided this gorgeous background for a bright orange sunset, along with some blue sky as well. 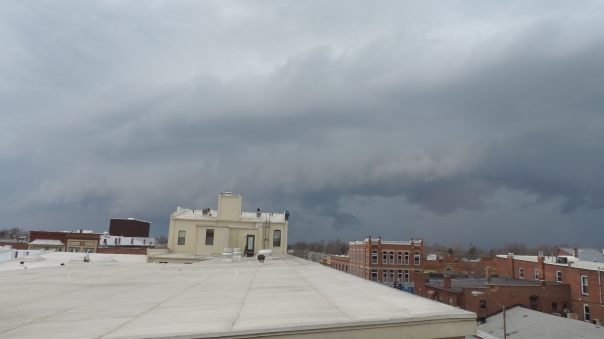 We now move along to April 13th. This particular point of the year is when storm-filled skies begin to make their presence known across Northwest Ohio. This cloud formation is known as a shelf cloud. It displays the leading edge of thunderstorms moving in. This was a sign that the storm season was just getting underway. 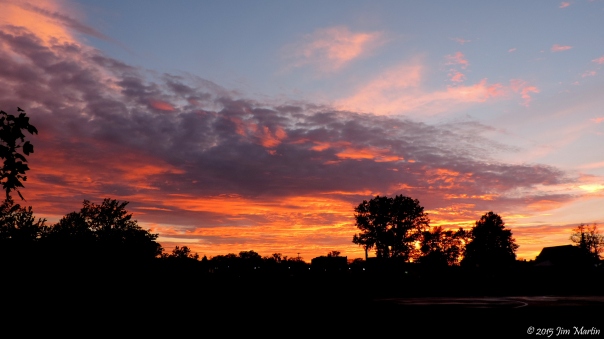 These scenes were captured on May 26th. The first picture was captured when severe thunderstorms were beginning to move through the Findlay area. Winds at the Findlay Airport were measured up to 71 MPH on this day. From scary skies in the first picture, to the sunset, shown here, captured a couple of hours afterwards. May is typically one of the more active severe weather months out of the calendar year across Northwest Ohio. 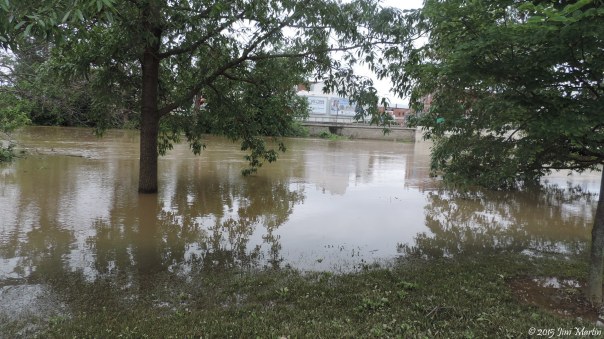 Findlay is known for one weather feature that most of the people that live here seen way too often. This was captured in downtown on June 17th.  The Blanchard River was in flood here downtown at the time this scene was captured. While this flood was not as bad as previous flood events in the last one hundred years, it is a reminder of the potential of this weather hazard.

Summer is moving right along. However, so are thunderstorms during this time of year. This view was captured in downtown Findlay on July 29th. Storms were moving in to the Findlay area on this day. As noted earlier, while this shelf cloud looks ominous, not much in the way of severe weather occurred with this storm.

These pictures I shared with you here goes to show the wide variety of weather that can occur year round here in this portion of Ohio. I will be posting more here on the Weather or Knot blog in the coming days and weeks.

Posted on August 4, 2015, in Ohio. Bookmark the permalink. Leave a comment.